In  1650 Cornelis Janson van Ceulen was commissioned by the members of the civic guard of Middelburg to create a civic guard painting (schutterstuk). This civil guard named ‘Van Den Edelen Handboog’ was founded 1217 and still exists. Saint Sebastian is their patron.

In 2017 the citizen of Middelburg celebrate the 800th birthday of their town. In honour of this occasion the members of the civic guard commissioned Marjan de Visser to conserve this painting. The conservation will take place in the Hall of the former Town Hall in Middelburg. Meanwhile Media Designer makes a documentary about the civic guard of Middelburg.

The detail shows the head of one of the 20 sitters - before conservation treatment. 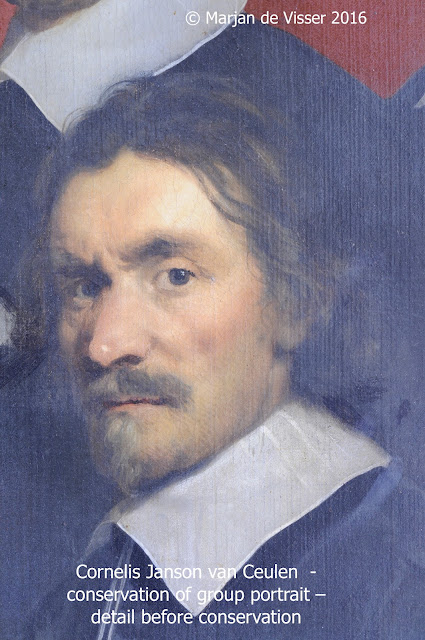 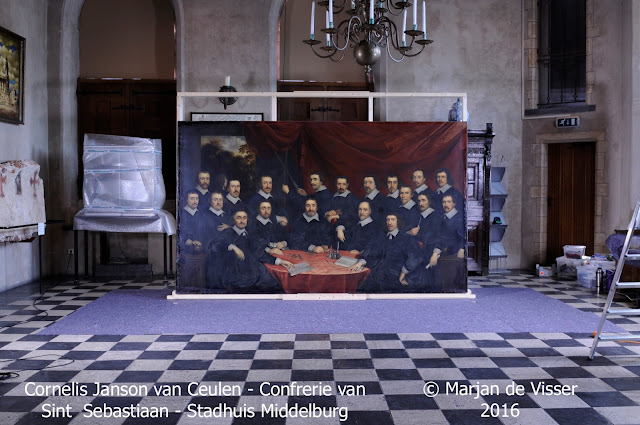